Understanding Different Types of Cryptocurrency: A Guide for Parents and Teens | Mydoh
Skip to content

Understanding Different Types of Cryptocurrency: A Guide for Parents and Teens 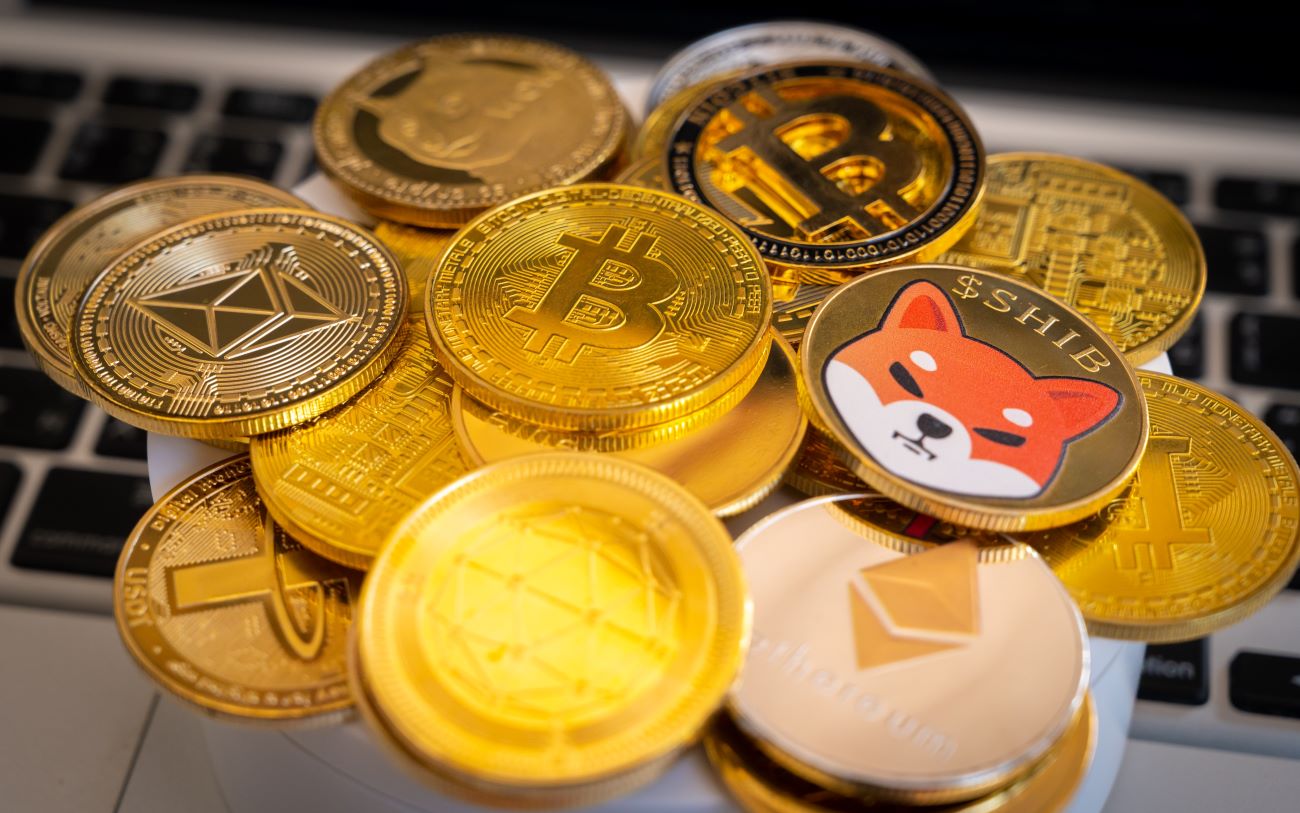 Ten thousand: that’s how many cryptocurrencies exist right now (though, even more will be coded and mined in the very near future). For comparison, there are just 180 types of recognized fiat currency (the paper bills and metal coins that governments use as legal tender). Yes, you read those numbers correctly.

If your teen continuously talks about crypto, but your knowledge of all the kinds of cryptocurrencies lies somewhere between a Pete Davidson Saturday Night Live skit about the technology and that of someone who’s just returned from a three-year-long device-free retreat, don’t stress. You’re not alone. Crypto is a hot topic these days, and because of that, there’s been a lot of discussion about it, which can make you feel genuinely overwhelmed.

Successfully sifting through all that information begins with a crash course on the basics. If you and your teen have already read about how crypto works, then your follow-up Cryptocurrency 101 topic is getting to know some of the different types of crypto that are currently on the market—both how they work, and what makes them different from (or similar to) one another.

If your teen has questions like “What’s the difference between Bitcoin and Binance?” or “Why are so many coins named after adorable Japanese dog breeds?” then we’ve got the answers you’re looking for. Keep reading!

What are the most popular cryptocurrencies?

Cryptocurrencies tend to gain popularity and value in one of three ways: through supply and demand; by operating quickly, cheaply, and efficiently; and sometimes by having Elon Musk tweet about them (we’re looking at you, Dogecoin). Here are some of the biggest names in crypto and a look at how they, like Drake, started at the bottom… Now they’re here:

Bitcoin is the king of cryptocurrency thanks to its name recognition power and its functionality (like the fact that you can use it to buy real things outside of the digital world). Bitcoin also benefits from the bragging rights it earned by being the first coin on the crypto scene. Bitcoin exists on the blockchain in a built-in way—it was created alongside the blockchain technology that supports it, as one part of the system. Some other cryptocurrencies that followed were built on top of existing blockchain tech, rather than as part of them.

What this means for Bitcoin is that it can be used both to store value and to buy things from any merchant that accepts Bitcoin (think: Microsoft, Twitch, Shopify, and GameStop). It can also be used as a peer-to-peer payment system that allows people to send one another payments without having to go through a centralized system (also known as a bank).

Ether is one of those currencies we mentioned above that was built on top of an existing blockchain, rather than integrated into one. It’s better explained as a native token (as opposed to a coin) because it’s only valid as payment on the Ethereum network. On the upside, it takes less effort and energy to create than a coin does. The Ethereum platform is more than just a place for buying and selling Ether. It’s also a place where developers store and distribute apps without having to pay a portion of their profits to major app marketplaces, like the App Store or the Google Play Store.

Tether puts yet another twist on crypto by tying the value of its coin to a fiat currency (not to be a total vibe-killer, but no, this has nothing to do with Louis Theroux’s viral TikTok song, “My Money Don’t Jiggle Jiggle”). In this case, “fiat” isn’t referencing a too-small car driven by a too-tall man. A fiat currency is one that’s backed by a country’s government. It’s legal tender, like the Canadian dollar or U.S. dollar (USD). Tether is referred to as a “stablecoin” because it’s tied to the value of the USD, meaning that while it is not exchanged through a centralized banking system, its value is fixed by the predictable and (mostly) stable value of the American dollar.

Tether isn’t the only coin backed by “real” (read: traditional) money. USD Coin operates under the same concept, tying its value at a 1:1 ratio with the U.S. dollar. One USD Coin is always worth one U.S. dollar. Which makes the math pretty easy! To be clear, this stablecoin isn’t in any way affiliated with the American government—it’s just that it uses the value of that particular currency to determine the value of its cryptocurrency. The biggest bonus that comes with stablecoins like this one is the minimization of volatility. The biggest drawback is that you’re less likely to become a gazillionaire by investing in it.

The Binance Coin is traded on what is currently the biggest crypto exchange out there, the Binance Exchange. What does “big” mean in crypto terms? Think about a million and a half transactions…every second. The coin first operated on Ethereum before moving over to its own blockchain platform, where it can be used to pay for online and financial services, to name just a couple of features.

“Fast” and “cheap” are two words used to describe open source project Solana, a blockchain originally designed to host apps. It’s got a spot on the big top 10 list of cryptocurrencies, ranked eighth in spring 2022 in terms of its total market value. It’s made a name for its currency by being faster and having lower fees than rival Etherum.

New term alert! Dogecoin is an “altcoin”—a term that basically applies to any crypto that isn’t Ether or Bitcoin. Because those two heavy hitters make up 60 per cent of the crypto market, other types of coin are relegated to altcoin status. Which doesn’t mean that DOGE doesn’t stand out. Have you seen its adorable, meme-based Shiba Inu logo? And while it started as a bit of an internet insider joke, Dogecoin is actually used frequently to “tip” social media personalities for A+ content and has a group of users dedicated to mining this brand of crypto.

Speaking of super-cute Japanese dog breeds, there’s also a type of crypto named after the li’l guys. Shiba Inu is an Ethereum-based currency which (surprise!) also has a Shiba Inu as its mascot. It’s another mega-successful meme-inspired token with a valuation in the billions (that’s “billions” with a B). It positions itself as a direct competitor with Dogecoin and benefited from an Elon Musk tweet featuring the Tesla founder’s IRL Shiba puppy, Floki.

Why are there so many different cryptocurrencies?

Remember those 10,000+ types of crypto we mentioned? At this point, you and your teen might be wondering “Why so many?!” And it’s a good question. One reason is that different coins have different uses or functions. Some currencies are designed to work well with the traditional marketplace that sells physical goods and services. Others work best as digital currency that’s exchanged for digital products (like NFTs or purchases in the metaverse).

Another reason is that it’s easy to create a new type of cryptocurrency—which isn’t the same thing as creating a successful new cryptocurrency. The blockchain is a platform that offers open source coding, and once you have the code for a particular coin, it’s easy to build your own.

Finally, the forking or branching off of already-established crypto into new currencies is another way the number of cryptocurrencies multiplies. Bitcoin, for example, has spawned Litecoin, Bitcoin Cash, and Bitcoin Gold.

In general, the blockchain can be used for a wide range of activities, from building apps to creating smart contracts to hosting Decentralized Finance (DeFi), a financial tech similar to crypto. We should expect more emerging blockchain-based tech (and more crypto) in the near future.

What determines the price of cryptocurrencies?

With the exception of influential irregularities, like a Super Bowl ad featuring a crypto-boosting celebrity airing, the prices of cryptocurrencies are typically influenced by good old supply and demand (some things really never change). Supply is affected by how much effort (and electricity) it takes to mine currency. Some currencies also have a cap on how many coins can exist (kind of like the Bank of Canada having a cap on how much money it can mint).

Demand is influenced by a wide range of factors—from social media posts to traditional media coverage to paid advertising featuring a popular artist or athlete. Demand also rises when a particular cryptocurrency broadens its range of usefulness. The more you can do with a coin, the more coveted it tends to become.

Accessibility is another factor: popular coins are listed on a bunch of exchanges, making them easier to find and purchase. The little guys are only for sale on small, niche exchanges, making it difficult to even find out that they exist.

A basic education in cryptocurrency may not necessarily mean that it’s time for your teen to go out and invest in it, but it does provide a platform for parents and kids to begin building their knowledge of emerging trends in money and finance. Mydoh aims to offer learning opportunities that bring families together for conversations about making smart money decisions.