The Gender Pay Gap Explained for Kids and Teens

Men and women have equal rights, but not when it comes to wages. Here is what kids and teens need to know about the gender pay gap in Canada.
By Fiona Campbell · April 11, 2022 · 7 minutes read 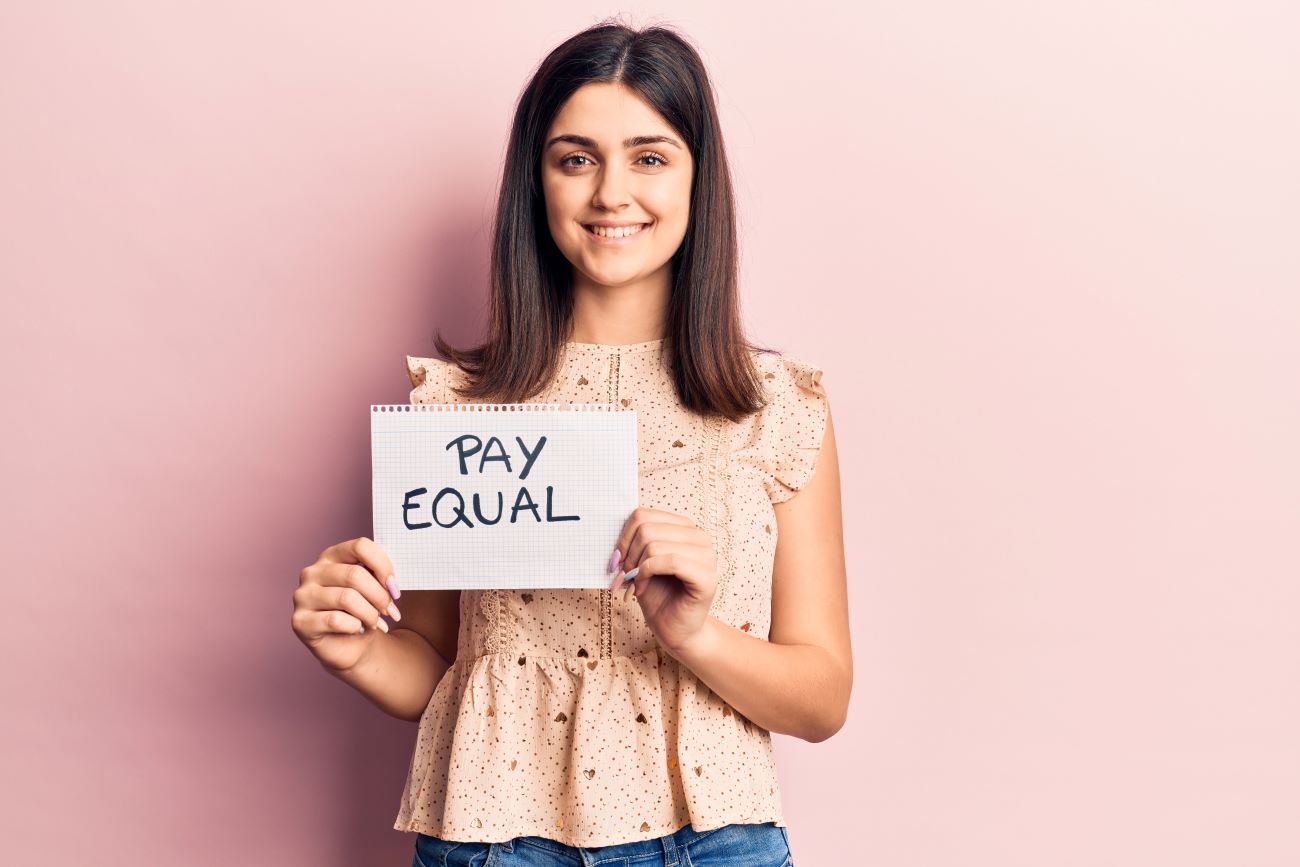 Picture six kids—three boys and three girls—standing in a gym. They’re given a simple task: sort coloured balloons into separate hampers. Chaos ensues and at the end of the game (cue fist bumps and high fives), the kids close their eyes and wait for their reward: a cup of candy.

Only some cups had more candy than others.

“You got more than me,” quips one girl.

“How come you got that much when we have the same job?” asks another girl.

In the end, the kids share their candy to make it equal. “Because there’s no real difference in what we did,” says one of the boys.

The point of this video? It gives kids a simple explanation for a not-so-simple issue: the gender pay gap. In this article we cover equal pay, the causes of the gender pay gap, and how to talk to your kids and teens about it.

What is the gender pay gap?

When people talk about the gender pay gap (or wage gap), they’re referring to the difference in average earnings between men and women. The gap can be measured using different metrics, including average annual earnings, hourly wages, and part-time work. This gap—usually expressed as cents on the dollar that women earn compared to men—helps reflect inequities in our society. Inequities that can last throughout a woman’s life. That’s because the gender pay gap is shown to be one of the main causes of poverty for women.

Is there equal pay in Canada?

The short answer to whether there is equal pay in Canada is: no.

Currently, women do not receive equal pay. In 2021 part-time and full-time female workers earned 89 cents for every dollar earned by men. And according to 2019 statistics, if you factor in annual wages, salaries, and commissions, that amount is reduced to 71 cents for every $1 a man takes home. While 89 cents compared to $1 doesn’t seem like a big deal, over a woman’s career, that seemingly small difference adds up.

According to the Organisation for Economic Co-operation and Development (OECD), at 16.1 per cent Canada has the eighth-worst gender pay gap out of 43 countries (Costa Rica takes first place with just 2.6 per cent). And in 2015 the United Nations Human Rights Committee noted concern over Canada’s “persisting inequalities between women and men,” especially the “high level of the pay gap,” which gets worse in Alberta and Nova Scotia.

But the wage gap isn’t just about gender. Discrimination can be a huge factor, and for women of colour, LGBTQ2S+ women, Indigenous women and those with disabilities, the gap is even wider. Compare the annual salary of non racialized men in Canada vs Black women.

What is Equal Pay Day?

Equal Pay Day is a symbolic day dedicated to raising awareness of the gender pay gap by highlighting that women must work longer than men to earn the same amount.

When is Equal Pay Day in Canada?

What causes the gender pay gap?

Historically, the wage gap could be explained by the belief that men were the breadwinners and women caregivers. Women had lower levels of education, there were fewer women in the workforce, and those who worked were concentrated in traditionally female (and therefore lower-paying) industries, such as clerical and factory work.

There were also cultural assumptions that women had better aptitudes or were more suited for menial and repetitive clerical work (Check out this podcast on how that idea still exists. Siri… Alexa. What do they have in common? They’re the modern version of a clerical assistant. And they’re female voices).

Then the 1960s and 1970s saw a world of firsts for women—first female Prime Minister, first woman in space, the first female Supreme Court appointment— and women pursued post-secondary education in droves. This higher education opened doors to professions traditionally dominated by men.

Human capital (the idea that skills, talent, experience, and knowledge helps a person be productive) could no longer be the reason for the pay gap. And yet while the wage gap narrowed, it hit a plateau and stayed there.

There is no one reason for the wage gap, but many. According to a recent study from Denmark, the disparity isn’t from being a woman, but from being a mother. Due to cultural norms that childcare is primarily “women’s work,” research shows that it’s more often women who switch to jobs and industries seen as more “family-friendly,” that is, more flexible for parents. This translates into lost opportunities for more hours, promotions and increased wages, commonly known as the “motherhood penalty.” Here’s the rub: the wage gap shrinks substantially for women without children.

Another study from Cornell in the U.S. found that women-dominated occupations and industries (“women’s work,” such as education and social services) pay less than men’s (think engineering, technology and business), despite accounting for similar education and experience. Even women in skilled trades earn about half of what men do, mainly because they are concentrated in lower-paying fields, such as cooking, baking and hairstyling. Then there’s women’s reluctance to negotiate over salaries, raises, or promotions, due to conditioning that it makes them pushy or overbearing.

The wage gap doesn’t only affect adult women; according to a recent study by Girl Guides of Canada, the wage gap starts much earlier. Girls between 12 and 18 reported earning $3.00 per hour less for full-time summer work than boys. Girls were also clustered in lower-paid  “pink ghetto jobs,” such as caring for others (babysitting or eldercare), food and beverage, and retail, while boys dominated the maintenance, gardening or grounds-keeping job sector.

How does the gender pay gap affect society?

The impacts of the pay gap are far-reaching: not only do women have less money to spend and save during their working years, but their lower incomes and intermittent career paths hurt them into retirement. Women typically have access to lower savings and benefits, such as the Canada Pension Plan, as payouts are determined by your contributions over your working life.

This disparity was made worse by the COVID-19 pandemic. According to a report by RBC Economics, by April 2020 an estimated 1.5 million women had lost their jobs and workforce participation dipped to only 55 per cent—the lowest since the mid-1980s.

The majority of losses happened in hotel, food services and retail—industries dominated by women and less conducive to working from home. In comparison, men in professional, scientific, and technical businesses fared better, where working from home was much easier, or in industries deemed essential, such as construction.

Women are also more likely to “fall out” of the labour force; by October, almost 21,000 women chose not to return to work, largely because of childcare responsibilities with kids learning from home.

Tips for talking to kids and teens about the wage gap

As the Girl Guides study shows, the wage gap could start as early as adolescence. But even at home, some parents may unconsciously assign chores along gender lines (cleaning or cooking for girls, yard work and home maintenance for boys). Chores are a great way to start teaching kids about gender equality. When assigning tasks, ensure both boys and girls are helping equally and complete tasks inside and outside the home–mowing the lawn for girls, laundry for boys.

Talking about money is often seen as “taboo,” but pay transparency, or openly sharing details about compensation, can go a long way to help narrow the wage gap. Teaching tweens and teens, especially girls, that asking potential employers about pay rates before accepting a job isn’t unladylike, but a necessity.

Teaching kids (especially girls) to negotiate helps them learn a valuable skill that can significantly affect their income over their lifetime.

Job hunting is tough, regardless of age, so reminding kids of their value is key. If your tween or teen is thinking about a summer job traditionally dominated by boys (maybe landscaping or a soccer referee), tell her to go for it! Then coach them to ask for an outline of expectations, so they are clear on their duties—and what they’re being paid for.

Girls are a huge part of our future workforce and teaching tweens and teens about the pay gap now helps to build a future where they won’t need an Equal Pay Day.

How to Explain the Racial Wage Gap to Your Kids

Despite Canada’s diversity, Black people typically earn less money. Here is what kids and teens need to know about the racial wage gap in Canada. By Deanne Gage.

How to Pay for University or College

Your child’s education can help set them up for future success—but how do you afford it? Here’s how you and your teen can financially prepare for their post-secondary education.

How the Financial System Works in Canada

We share some tips for newcomers on understanding the financial landscape in Canada and how Mydoh can help kids learn about money.

How to Teach Your Kids Good Money Habits

Talking about money is the key to teaching kids good money habits, at every age. Those conversations don’t have to be awkward — and they can even be fun.

How to Teach Financial Literacy at Every Age

From counting games for young kids, to encourage teens to start their own business, here are ideas to jumpstart teaching money to kids of all ages.

7 Tips to Teach Your Kids How to Save Money

Parents should talk with their kids about money early. Here’s our tips on how kids can save money and build a plan that gives them a head start on financial literacy.

Online games and board games are a great way to introduce financial literacy skills. Here are thirteen fun money games for kids to play.

How to Teach Kids & Teens the Difference Between Needs vs Wants

When’s the best time to teach your kids about money? The short answer: right now. Here are some of the most important money lessons to teach kids.

Chores for Kids to Earn Money

One of the best ways kids can learn financial literacy is to put their knowledge into practice by earning their own money through chores and household tasks.